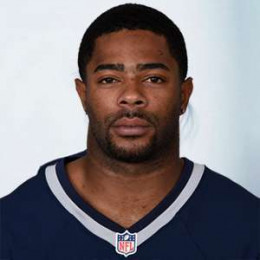 Malcolm Butler is a football cornerback for the New England Patriots of the National Football League (NFL). He graduated from Vicksburg High School in 2009.

In his 2009 freshman year at Hinds Community College, he recorded 22 tackles and one interception but he was out of the team after the fifth game of the season.In his rookie season, Malcolm appeared in 11 games with one start, recording 15 tackles and three passes defended.

On 22nd December  2015, he was named to the 2016 Pro Bowl.He was named second-team All-Pro by Pro Football Focus and the Associated Press.Malcolm won his second Super Bowl when the Patriots won Super Bowl LI against the Atlanta Falcons in overtime by a score of 34-28.On 7th March 2017, the Patriots gave him a first-round tender worth of $3.91 million.

In February 2017, The Hollywood Reporter published an article stating that the production company Narrative Capital had acquired the rights to the story of Malcolm and his agent Derek Simpson for a film tentatively titled 'The Secondary.'

Malcolm Butler is the son of Deborah Butler. He became the star of Super Bowl XLIX despite not even being part of the rotation to start - making history for Coach Stevens in the process. During his senior year in 2013, Butler broke up 18 passes and had two interceptions. Moreover, he was named first-team All-Gulf South Conference at cornerback.

Malcolm announced on Instagram that he welcomed his first son, Malcolm Terel Butler Jr., on 16th April 2015 but the name of his child is not mentioned.