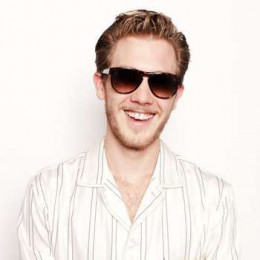 Malcolm Ford is known particularly to be the child of the hugely celebrated actor Harrison Ford. He is the son of Harrison and Melissa and was enrolled in the Jackson Hole Wyoming for his education. He is the brother of Georgia Ford, Ben Ford and Willard Ford. He is a musician by profession and has been known for his musical endeavors and tours all around the world.

He was in a relationship with a Canadian model named Jessica Stam in 2008.

He is silent about his dating life at present.

Malcolm has been covered hugely, not only in regards to his musical endeavors but also for his relationship status. It has been known that he is in a relationship with a pretty beauty of the acting fraternity since 2008.

Apart from this relation, he has not been known to have had any other relationship yet and had never been married and has no children yet.