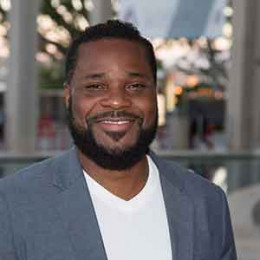 Malcolm-Jamal Warner is an American actor, director, musician, producer, writer, and consultant. Malcolm is best known for playing Theo Huxtable on the smash American sitcom �The Cosby Show.� He is a winner of the Grammy Awards for Best Traditional R&B Performance and also a nominee for several other awards including Emmy for his role on The Cosby Show.

Malcolm-Jamal Warner's divorced mother, Pamela, raised him, who served as his manager as well. He was named after Malcolm X and jazz pianist Ahmad Jamal. Jamal at very young age demonstrated an interest in show business which led him to join acting school. Later enrolled in The Professional Children's School in New York City, NY for his high school.

Malcolm started his career early on and made appearances in many television shows and films. He landed his most successful role as Theo Huxtable, on the NBC sitcom, The Cosby Show from 1984 to 1992. Warner also starred in Jeremiah and co-starred with comedian Eddie Griffin on the UPN sitcom Malcolm & Eddie.

Apart from acting he also directed Time Out: The Truth About HIV, AIDS and You, teen-oriented public health video discussing the realities of HIV and AIDS.

Malcolm has also released his debut EP, The Miles Long Mixtape in 2003, and in 2007 released his second CD Love & Other Social Issues. He is a bass guitar player, performance poet, and has performed at National Black Theatre Festive since 2003 in addition to hosting to Poetry Jam.

Besides, he has also done recurring roles in series like Suits and Major Crimes. Read Between the Lines, American Crime Story, Sneaky Pete, HawthoRNe are other series he featured in.

Speaking of his relationship, he has been in three different relations. Warner was in a relationship with actress Michelle Thomas, who portrayed his girlfriend on The Cosby Show. But their relation ended after her demise in 1998.

After Michelle he was in relation with actress Karen Malina for seven and half years. The pair engaged, but they broke up on December 15, 2006. Malcolm then dated Regina King, like his previous affair it also didn't last and the couple separated, after dating for 2.3years in 2013. He is currently single.

The talented Malcolm has an estimated net worth of around $10 million which is not a surprise looking at his successful career as an actor, director, and musician. He has a beautiful house in Studio City, California.