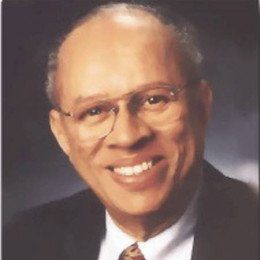 Malcolm P. Poindexter Jr. was one of Philadelphia's most honored journalists who spent more than 50 years in journalism. He reported for KYW-3 TV, located in Philadelphia for more than 30 years. In 1996, he was named to Philadelphia Broadcast Pioneers Hall of Fame. He won 4 Emmys and had received more than 300 awards throughout his career. His father was a baritone, pianist and vocal coach. He studied at Overbrook High School and later at Temple University.

Talking about his personal life, it's a bit complicated. He was married four times and has three children of his own: two sons and a daughter and a stepdaughter as well. It's unclear that which child belongs to which wife.There is no record of divorce with any his wives. He died at the age of 84, at the Hospital of the University of Pennsylvania due to the complications from Alzheimer's disease.

She is one of Malcolm's wife. Details about the couple's marriage and their relation with each other are still unknown.

She is one of Malcolm's wife. Details about their marriage and their relation with each other are still unknown.

She is one of the wife of Malcolm. Details about her has not been disclosed yet.

She is a former librarian with the Free Library of Philadelphia. She is the fourth wife of Malcolm.

He was born safe and healthy. Other personal details about him is still in shade.

He is the second son born to Malcolm. Personal details about him is still unknown.

She is the only daughter born to Malcolm from his marriage. Details about her has not been disclosed yet.