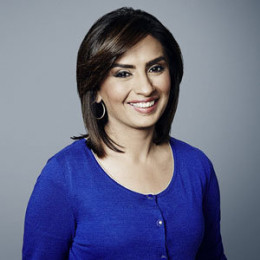 Mallika Kapur is a Mumbai-based correspondent for CNN. She graduated in 1997 with a BA (Honours) in International Relations from Brown University,and has a Masters in Broadcast Journalism at Columbia University. After doing her internship in Kolkata, Kapur worked at CNBC Asia in its Singapore bureau. She joined CNN in the year 2001 as assistant producer. She started working as correspondent for CNN next year. She has covered the markets from London, Hong Kong and Mumbai and has interviewed several prominent business leaders.

Very beautiful and a prominent journalist has had a smash hit professional life. On the other talking about her personal life, much information about the same is not disclosed by any source whatsoever. It’s basically known that she has been married but not to whom. Her work life and achievements get a lot of writings and appreciation, however, her private life has remained mostly low profiled.