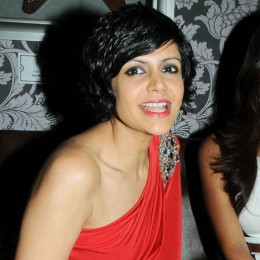 An Indian actress, fashion designer, tv presenter and also former model who gained fame from her title role in TV serial named "Shanti" which was first daily soap on Indian television history. She is daughter to Verinder Singh Bedi and Gita Bedi.. Her father worked as ICI on a transferable job. She attended Cathedral and John Connon School and graduated from St. Xaviers College taking Economics as her major subject. She had also done supporting role in the 1995 blockbuster movie "Dilwale Dulhania Le Jayenge". She gained more popularity from her role as "Mandira" in one of hit Indian soap Kyunki Saas Bhi Kabhi Bahu Thi. Recently she has launched her own line of saris.

Exploring her personal life she is already tied in knot with her love of life. Her husband is an Indian director. Together they make great couple and they seem to have great relationship and romance. In an interview she also disclosed that her husband has always been supportive in her every steps. Together the couple is blessed with one baby boy.

Professionally he is an Indian director, producer and stunt director. Together they are parents of one beautiful son.

He is the only son of the family. He was born at Lilavati Hospital, Mumbai..