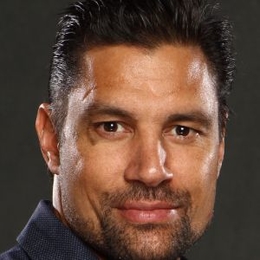 Jonathan Manu Bennett also known as Jon Bennett, is an actor. He is noted for playing Gallic gladiator Crixus in the Starz TV series Spartacus, supervillain Slade Wilson/Deathstroke in The CW TV series Arrow and as Azog the Defiler in Peter Jackson's The Hobbit. He was born to Jean Bennett, a Queensland beauty queen and Ted Bennett, an entertainer in Hawkes Bay.

The charming hunk Bennett, is yet a bachelor and is single at the moment which might be a very good news for all his ladies fans all around the world. Being so handsome and popular he obviously have been through several dates and breakups till date. With one of his long time dated girlfriend he has raised three children. Few months ago he was arrested in San Antonio, Texas for punching a man while he was drunk.

She is the daughter of Mr. Bennett and his then Israeli girlfriend Karin Horen.

Pania is the daughter of Bennett, whose date of birth and current status has not been disclosed to the media yet.

Mokoia is the daughter of Bennett, who was born safe and healthy.