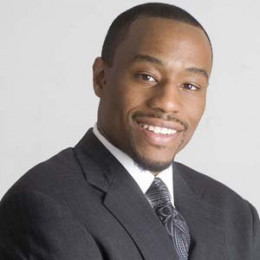 Marc Lamont Hill is an American academic, journalist, author, activist, and television personality. He started working as a professor of Urban Education and American studies at the Temple University where he completed his undergraduate study. He left to join the faculty of Teachers College as an associate professor of education. He also enjoys TV Channel career. He has worked as a political contributor for the Mighty Fox News Channel. Before that, he was also a commentator on CNN and MSNBC.

Marc has been an utter supporter of gay rights. He may seem to be single now but was not in his early life. He was previously married. Unfortunately, we do not know who was his wife. Likewise, we have no clue when Marc got married to her, but we sure know that he is a divorced man. In an interview, Marc Lamont talked about co-parenting his daughter but didn't reveal the identity of his ex-wife. Clearly, he and his then-wife separated on amicable terms.