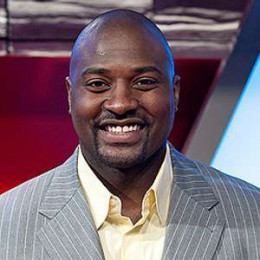 Marcellus Wiley is an American football player. He is son of Valerie Howard and Charles Wiley. Marcellus graduated from Columbia University with a Bachelor of Science degree in Sociology. At Columbia University, he played tailback, defensive end, and kick returner for the Lions. Wiley started his professional career primarily as a situational pass rusher, recording nine sacks through his first three years. He played for Buffalo Bills, San Diego Chargers, Dallas Cowboys and Jacksonville Jaguars. He was nominated for the Walter Payton Man of the Year three times for his volunteering and charity work.

Marcellus Wiley got married to Annemarie on June 2014. The couple has been blessed with two children.

They have beautiful daughter named, Morocca Alise Wiley who was born in 1999.

The couple has also a son named Marcellus Wiley, Jr. who was born 2015. He has one sister.