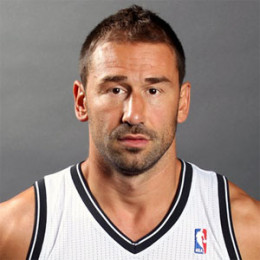 Marco Jaric was born on 12 October 1978 in Belgrade, SR Serbia, SFR Yugoslavia to the family of Srecko Jaric and Leposava Jaric. He is of Serbian nationality. His birth sign is Libra.

He has an elder sister named Tamara Jaric and a younger brother Nikola Jaric. Nikola currently lives and plays basketball in Switzerland.

He was in the youth division of Serbian Red Star Belgrade pro basketball club before fame. He played in the club for four years starting from 1992. He stands at a heigt of 6.59 feet (2.01m).

Further, he spent four seasons playing in Europe's top-tier level while in Peristeri. He remained the first player ever to win in the Italian League championships on two different teams back to back. He won the Italian league in 2000 with Fortitudo Bologna and in 2001, with Virtus Bologna.

He was inducted in the 2000 NBA draft as the 30th overall draft pick by the Los Angeles Clippers. He was traded to the Minnesota Timberwolves after playing 3 NBA seasons in August 2005.

Three years later, he was traded to the Grizzlies signing an eight years deal on 26 Jun 2008. He had a mutual agreement with the Memphis Grizzlies for the 2009-10 NBA season that he won't be attending the team's training or any of the preseason games. He was granted authority to seek a new team and a contract buyout for the remaining 2 years and $15 million of his deal.

After separating from the NBA's Memphis Grizzlies, he signed a contract with Spanish Liga ACB club Real Madrid on 22 December 2009. By the end of the 2010-11 season, he signed with the Italian LBA club Montepaschi Siena.

He joined the NBA's Chicago Bulls in October 2012 and the Brooklyn Nets in September 2013. He was retired from the professional basketball in October 2013.

Jaric has a huge net worth estimated to be $20 million at present.

Previously, the former basketball player put his Beverly Hills home on the market in May 2012 for $1.9 million. 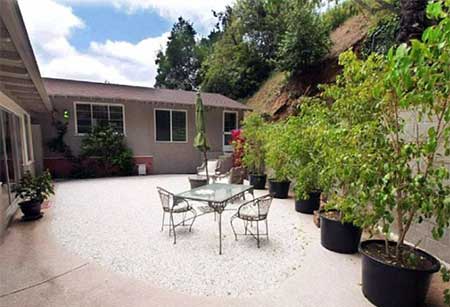 The price includes the grand house of $17,000 sq. feet with an adjoining 70,000 sq. piece of land. It has canyon views with three bedrooms and thee bathrooms.

The house was built in 1957 having modern features like stainless steel appliances in the kitchen with stone flooring and high wood-beamed ceilings.

Jaric dated model Adriana Lima before they decided to start a conjugal life. They met for the first time at a party in Los Angeles in 2006.

He took Lima's 27th birthday to propose her and, of course, she accepted. 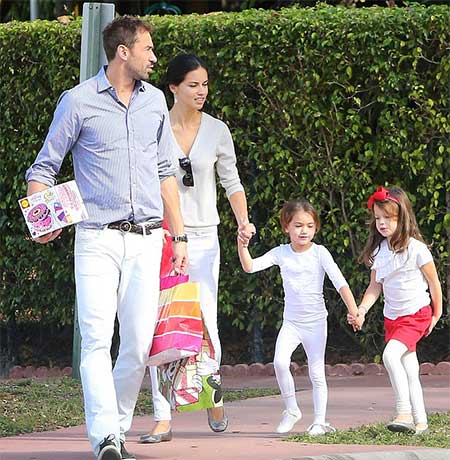 After living together for five years, the couple announced their separation in May 2014.

They released a joint statement that said,

"After long and careful consideration, we have decided to separate after five years of marriage."

"We are grateful to be the parents of two incredible young daughters that we will continue to co-parent. We would greatly appreciate your respect for our family’s privacy as we begin this delicate next chapter for all members of our family."

Though Lima gained the primary custody of their daughters, the terms of the settlement were kept confidential.

His daughter Valentina Lima Jaric was born on 15th November 2009.