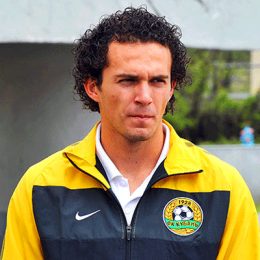 Marco Danilo Urena Porras is a professional football player. He plays in Denmark for FC Midtjylland and also for Rica national football team. He plays as a striker. There is no any personal information about him. In 2011 he had started his career at Primera Division side Alajuelense, he joined Russian Premier League. In August 2014 for four month loan deal he moved to Danish Superliga side FC Miditylland.

He had made his international debut in his career by participating in 2009 FIFA U-20 World Cup for Costa Rica. In the same year he made his debut for Costa Rica national football team against Venezuela. From 2009 he had become the part of the first team of Costa Rica National Football Team. So far he had played in 21 cap matches with the contribution of 7 goals.