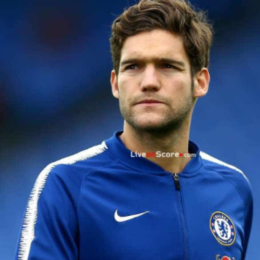 Footballer Marcos Alonso is currently in a relationship with Paraguayan supermodel girlfriend Stephania Stegman. The footballer has not yet revealed when and where they met that bloomed their romance. 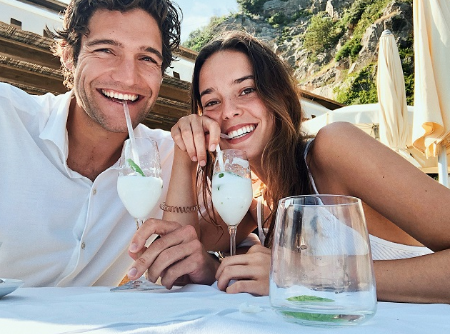 Marcos Alonso is in a relationship with his girlfriend Stephania Stegman. SOURCE: Magazines Weekly

Alonso allegedly started dating Stegman in the late 2019s. In addition, they are even looking forward to getting engaged and get the wedding knot very soon. Alonso is definitely waiting for the perfect time to get on his knees with the ring.

In addition, Marcos was spotted playing football with his lover during the 2020 lockdown in the sand. Alonso's future wife was formerly crowned as the Miss Supranational in 2015.

Speaking of Alonso's nature, he is very protective of his personal life. The athlete rarely leaves any hint regarding his love life on social media. However, some online sources state that he dated few women in the past.

On May 2, 2011, police arrested Marcos Alonso after he got into a car accident in Madrid. The car accident involved the death of its passenger, a 19-year-old woman. Alonso reportedly was driving at 112.8 km/h in wet conditions in a 50 km/h zone in a drunk situation. Alonso was jailed for 21 months in prison with being changed €61,000 fine along with a driving ban for three years &  four months.

Net worth and Salary of Marcos Alonso

Marcos Alonso possesses an estimated net worth of €19 million with a current market value of $12 million. In 2013, he received a payroll of $82,000 with growth within 2018 having his salary counted in millions. 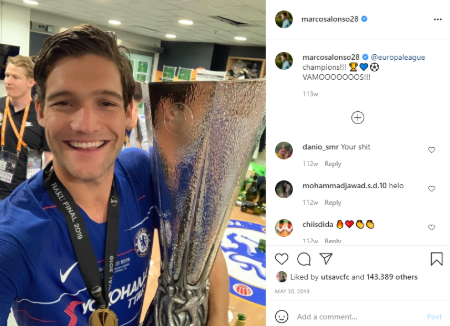 The Spanish football wing back signed a five-year contract with Chelsea at $32 million in 2016. Not to mention, Alonso is genuinely obsessed with car collections as he owns Audi and Porche. The 30-year-old also makes big chunks from brand endorsement and sponsorships.

The Spanish footballer Marcos Alonso started his career with Real Madrid in 1999, having being associated with the team until 2008. Further, he made his international career debut in a friendly match against Germany.

Alonso, then, signed a three-year contract with Bolton Wanderers on July 27, 2010, for a hidden fee. He made his debut in a League Cup against Southampton on August 24. Likewise, Alonso made his first league appearance at Anfield where he played against Liverpool in July 2011.

The brown-haired scored the first goal for Bolton in a 3-2 win against Wolver Hampton in the subsequent year. Alonso then joined Italian side ACF Fiorentina on a three-year deal in May 2013 against Bolton's new contract.

In 2017, he joined Sunderland on loan until the end of the Campaign and played his first match for the club in a 2-1 home win over Manchester United at League Cup semi-final first leg.

The star became a regular player beginning with his return from loan. Significantly, Alonso made 85 appearances and five goals with ACF Fiorentina. Needless to mention, Alonso is one of the impressive players of Spain.