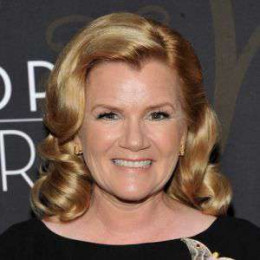 Mare Winningham is an American actress and singer. She was born to mother Marilyn Jean (n�e Maloney) and father Sam Neal Winningham. Her father was the chairman of the Department of Physical Education at California State University, Northridge (CSUN) and her mother was an English teacher and college counselor. Mare has been well appreciated for her works in Georgia and in television work such as 2011's Mildred Pierce.

Mare Winningham made her 1980 feature film debut in One Trick Pony, co-starring with Paul Simon. She won an Emmy Award in 1980 for the TV movie "Amber Waves". Her personal life is not as successful as her professional career. She has been married three times and none of the relation has been able to sustain for long. Mare has five children, four sons and a daughter.

William Sweet Mapel and Mare Winningham were married for 13 years. They dated for 3 years before getting married and have five children together.

Second Marriage with A Martinez

A Martinez is an American actor and singer known for his work in the daytime soap operas including Santa Barbara, General Hospital, and One Life to Live.

Jason Trucco and Mare Winningham were married few years ago but there are rumors that they have separated. However, they have not officially said anything about it.

The first child to this family, Riley Mapel, committed suicide on August 14, 2005.

Patrick "Paddy" Mapel, the second child to this family was born in 1985 as a child among the twins.

Calla Louise Mapel is the first daughter born to these parents just two years after the birth of twins.

He is the youngest child born to Mare Winningham on September 13, 1988.