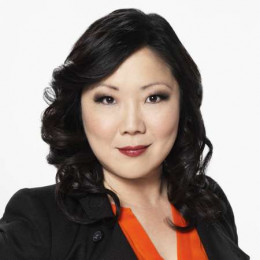 Margaret Moran Cho is an actress, comedian, fashion designer and singer. She is noted for her stand-up routines, through which she reviews social and political issues as well as for her active participation in gay rights, anti-racism and anti-bullying campaigns. She is the recipient of the Victory Fund's 2008 Leadership Award and 2007 Asian Excellence Award for the Best Comedy Performance. She is the daughter of Young-Hie Cho and Seung-Hoon Cho.

Moving on to her personal life, she is currently as she has divorced her husband. Till now she has been married only once but sadly it didn't last long. She was married to her ex-husband for almost 11 years. Talking about her sexuality, she is openly bisexual. To stay connected to the gorgeous and kind-hearted Margaret we can simply follow her on Twitter @margaretcho.

He is the first husband of Margaret, who is an artist. The couple stayed as husband and wife for eleven years.