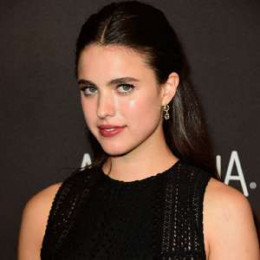 Margaret Qualley is daughter of Paul Qualley and Andie MacDowell, Margaret's mother is an actress and a model . Margaret has acted in many roles, her famous for her role'Jill Garvey' in telly-series "The Leftovers" which is broadcast by HBO television series . Margaret Qualley is a younger sister of Rainey Qualley and Justin Qualley. Margaret is a model, she has acted in the television show. Margaret's sister Rainey Qualley is also an actress, model. Rainey began her modeling career at the age of sixteen.

Margaret Qualley is a helpful girl and she is loved and liked by all viewers, she is famous because of her mother. Margaret has been frequently seen with a boy but she neglects this topic and said that he is just her good friend. Margaret Qualley best known for playing Jill Garvey on the HBO television series, The Leftovers.