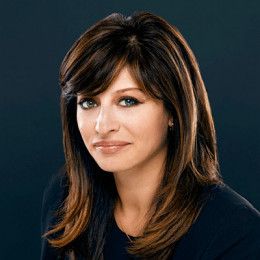 Maria Bartiromo is an American television journalist, an author of three books and a columnist for the magazine. She is currently serving as a host of Opening Bell and at Fox Business Network as its Global Markets editor.

She is a married woman. She tied the knot to her boyfriend turned husband,  Jonathan Steinberg on 13 June 1999. The couple has no children.

Maria Bartiromo holds an estimated net worth of $22 million.

She attended Fontbonne Hall Academy and is a graduate of New York University in Bachelor of Arts degree with majors in journalism and economics.

She has received several of the awards in journalism and has been inducted in Cable Hall of Fame in 2011.

He is the chief executive officer of WisdomTree Investments. The two had dated for quite a while and got married. They are happily married. There is no information about their children.