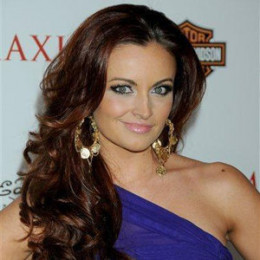 Her birth name is Maria Louise Kanellis. She is a model and wrestler, known for her play in the World Wrestling Entertainment. Despite of being a wrestler, she also is a singer and who released her debut album Sevin Sins on 2010, with "Fantasy" as the first single. She has posed nude for Playboy Magazine and was the 2008 Playboy Cover girl. She began modelling at the age of 15.

Accounting her personal life, she is no more single. She married her long time dated boyfriend in 2014. He is also a wrestler. This couple is often seen together at various functions and events and it seems like they have a great bonding with one another so there is no point on their divorce. They do not have any kids from their relation. To check out her images we can visit her Instagram page @https://instagram.com/mariakanellis/?hl=en.

He is the first husband of Maria, who by profession is a wrestler. Currently, he is signed to Ring of Honor.