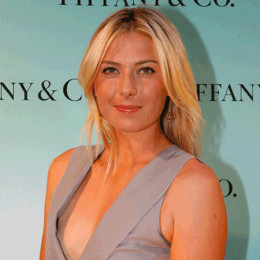 Maria Yuryevna Sharapova is a Russian tennis player, ranked world No. 3 by the Women's Tennis Association. She has been featured in the Sports Illustrated Swimsuit Issue and has appeared in many advertisements such as Nike, Prince, and Canon. At the 2012 Summer Olympics held in London, she earned a silver medal for Russia in women's singles. She is the daughter of Yuri Sharapova and Yelena Sharapova.

Talking about her sexuality, she is straight. She is yet unmarried and is currently single. Few years back she was in a serious relationship with a basketball player, with whom she was engaged and was planning for marriage but couldn't make it happen. Beside that, she had dated long list of high prolific guys in her past days. She has been residing in United States since 1994.