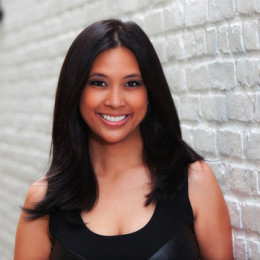 She is an American journalist and anchor, currently serving as a business correspondent for CNN Newsource's "Money Matters". She began her professional career from National Association of Securities Dealers, Inc. Before joining the CNN team, she worked at The Broadway Channel and Brain Fuel TV. She has majored in foreign affairs and a minor in German while attending the University of Virginia.

Maribel Arber was born on November 29, 1976, in the USA. She is American and belongs to the Asian-American ethnicity. She attended the University of Virginia and earned her bachelor's degree in foreign affairs and a minor in German.

Later she moved to New York and joined the New York Law School and completed her Juris Doctor.

Maribel Arber started her TV career as a regular contributor on money and career issues for The Better show. She was a producer for The Broadway Channel where she covered all the major red carpet events of Tony Awards.

In the early 2000s, she joined NASDAQ as an associate director for global sales and members services. Later she promoted to a chief of staff for the vice chairman of NASDAQ stock market.

Maribel Aber is happily married to Robert E. Aber who is a former Senior Vice President and General Counsel to NASDAQ. The couple exchanged a vow at an intimate ceremony.

Aber is quite secretive about her personal life and prefers to maintain distance with media regarding her private life.

Aber has an estimated net worth of $500 thousand but no official confirmation has come about it. Her annual salary is more than $90k. She is living a lavishing life with her husband.

Check out the video of Maribel Aber from her former show, The Better Show along with Rhiannon Ally,