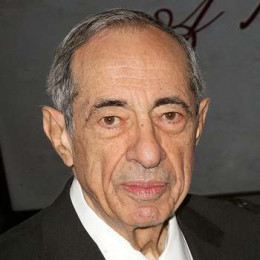 Mario Matthew Cuomo was an American Democratic politician, who served as the 52nd Governor of New York as Lieutenant Governor of New York and Secretary of State of New York. In 1986 and 1990 he won the highest Margin ever for re-election to a second and third four year term and eventually became an extremely popular political figure. He is the proud son of Andrea Cuomo and Immacolata. He graduated from St. John's University School of Law in 1956.

Talking about his personal life, he was a married man but unfortunately his death made his wife a widow. He enjoyed his marital relation with his beloved wife from the year 1954 till his death in 2015. He died of natural causes due to heart failure in Manhattan, New York City, on New Year's Day, 2015. From his marriage, he had raised five children: two sons and three daughters.

She is the one and only beloved wife of Cuomo, who is a graduate of St. John's University's Teachers College. The couple were married for 60 years .

He is the eldest son of Mario, who is now serves as a Governor of New York.

She is the eldest daughter of Mario, who runs an American based non-profitable charity foundation.

She is an American radiologist, author, philanthropist and advocate.

She is one of Mario's daughter, whose profile has been kept low from the media group.

He is one of Mario's son, who is a television journalist at CNN.