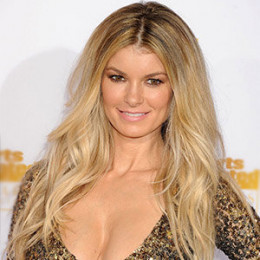 American model and actress, Marisa Miller is best known for her appearances in the Sports Illustrated Swimsuit Issue as well as her work for Victoria's Secret. In 2010, she enlisted as one of the FHM's Sexiest Woman in the World.

Marisa Miller is possibly single at the moment. She was previously married to Jim Miller, a surfing contest promoter and lifeguard from California in 2000 and divorced in 2002.

On 15 April 2016, she married Griffin Guess, a music producer, and talent manager. The couple's son named Gavin Lee Guess was born on 14th December 2012 and their second son, Grayson Lee Bazyl Guess was born on 29th May 2015.

As of 2009, Miller is an ambassador for the American Cancer Society.

Marisa Miller holds an estimated net worth of $20 million.

Marisa Miller was born on August 6, 1978, in Santa Cruz, California, U.S. She is a daughter of Krista and Marc Bertetta.

Miller attended high school at Aptos High and Monte Vista Christian School. Miller's first work in television is as a judge on the Bravo reality series 'Manhunt: The Search for America's Most Gorgeous Male Model' in 2004.

Marisa Miller was previously married to Jim Miller, a surfing contest promoter and lifeguard from California in 2000 and divorced in 2002.