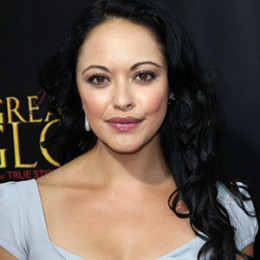 Marisa Ramirez is an actress well known as Detective Maria Baez of TV series Blue Bloods. Marisa was born in Los Angeles, California and completed her school studies from Ramona Convent Secondary School in 1995. Ramirez formally began her modeling career at the age of 13 when she got involved with an agency in LA. She started acting and hosting after she returned back home.

Marisa Ramirez rose to fame after she got an opportunity to work on the ABC drama, Miracles in 2002. She even got nominated for ALMA and NAACP Awards. Some of her famous shows are The Young and the Restless, Mental, Against the Wall and Spartacus: Gods of the Arena.

Ramirez was married but later divorced after nine years. She recently gave birth to a child, a daughter, at the age of 38.

Marisa was married to Nathan Lavezoli for nine years. Later they got separated without giving any reason to the public. They do not have any children together.

Marisa gave birth to her first daughter at the age of 38. However, she has not given any information about who the father is.