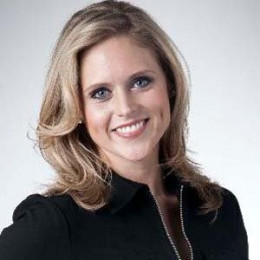 Marissa Bailey is the weekend anchor of the CBS 2 Chicago morning newscasts and a general assignment reporter for the station. Marissa gained an MS in Broadcast Journalism from Syracuse University in 2006 and a BA in Communications from Niagara University in 2003. After her graduation in 2006, she joined the WGRZ-TV which was the affiliate with NBC in Buffalo, NY. She also worked as general assignment reporter for newscasts at 11 pm for the TV network.

Marissa joined the station in March 2012 as a reporter and was promoted to anchor the station’s Saturday and Sunday morning newscasts which began in September 2012. In 2011 she was nominated for New York State Regional Emmy Award which she won. She also loves to do some yoga and exercise. Marissa Bailey has married with Erik in the year 2012. The couple seems to be very happy to each other so no signs of separation.

Marissa Bailey is married to Erik in the year 2012. The couple seems to be very happy to each other so no signs of separation.