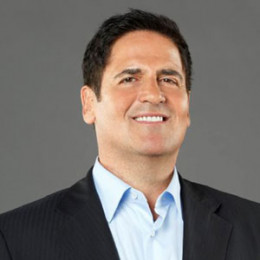 Mark Cuban is an American businessman, investor, author and TV personality. He carved his way higher up in the business field through his constant hard work and dedication. Cuban is happily married to Tiffany Stewart.

Mark Cuban is an American businessman, investor, author and TV personality. He carved his way higher up in the business field through his constant hard work and dedication. Cuban is happily married to Tiffany Stewart.

Mark Cuban was born on July 31, 1958, in Pittsburgh, Pennsylvania. He is the son of automobile upholsterer, Norton Cuban and Shirley. He was raised in the suburb of Mount Lebanon. During his childhood, Cuban sold garbage bags to pay for a pair of basketball shoes.

Mark enrolled at the University of Pittsburgh without attending high school and joined the Pi Lambda Phi International fraternity. Later he transferred to Indiana University in Bloomington Indiana. He graduated from the Kelley School of Business with a Bachelor Science degree in Management.

Cuban entered the business field at the age of 12 selling garbage bags. He then started running newspapers from Cleveland to Pittsburgh during a Pittsburgh Post-Gazette strike at the age of 16.  He also worked as a bartender, disco dancing instructor, and a party promoter. In 1992 he worked as a sales person for Your Business Software.

Later on, Mark started his own company MicroSolutions taking help from his previous customer. Perot Systems was one of the company’s largest clients at that time.

As of now, he is the owner of Dallas Maverick, one of the renowned basketball teams. He also owns one of the biggest theater chains in the USA, named as Landmark Theatre. He is the chairman of AXS TV and a Co-owner of 2929 Entertainment.

The 59-year-old businessman Mark is living a contented and blissful married life. He tied the knot with his long-time girlfriend Tiffany Stewart in 2001.

The duo started dating in 1997 and finally married after three long years of their love affair. They have adorable children together namely Alexis, Alyssa, and Jake.

Tiffany is fourteen years younger than Mark.  However, age doesn’t bind them from loving each other. It has almost been 16 long years and the couple is still happy and complete together like a match made in heaven.

As one of the most successful and popular investor Mark makes a fortune from his career. He is one of the richest business magnate holding the staggering net worth of $2.7 billion.

Tiffany Stewart is a lovely wife of businessman Mark Cuban. The duo is blessed with three children together.

Alexis is the oldest daughter of Mark from his beautiful wife Tiffany Stewart. She was born in 2005.

Alyssa is the second daughter of Mark from his wife Tiffany Stewart. She was born in the year 2008.

Jake is the only son of Mark Cuban and Tiffany Stewart. He was born in the year 2010.