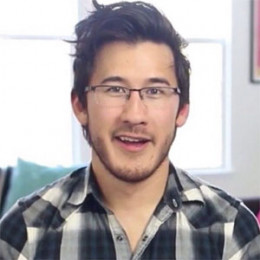 American YouTube personality, Mark Fischbach is best known by his online pseudonym Markiplier. He studied a biomedical engineer at the University of Cincinnati. Fischbach is known for his playthroughs of indie and horror games, including the Five Nights at Freddy's series, and Amnesia: The Dark Descent. He first joined YouTube on 26th May 2012 creating a channel under the named "Markiplier".

There is a rumor that Mark Fischbach dates Amy Nelson, a graphic designer, and animator. Her partner also has an interest in video games including Hearthstone and Overwatch. Amy posted lush GIF of her and Mark from PAX 2016 where they made one of their first public appearances as a couple. Fischbach joined the board of comic book publisher Red Giant Entertainment since November 2014. Fischbach co-hosted the 2015 South by Southwest (SXSW) Gaming Awards with The Legend of Korra voice actor Janet Varney.