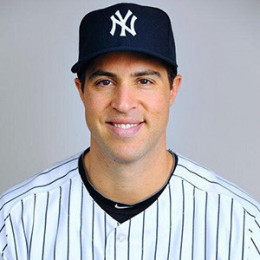 Mark Teixeira is an American former baseball player. He was born to parents of Margret “Margy “canterna and john Teixeira. Mark Teixeira attended Mount Saint Joseph High School in Baltimore, Maryland. Before his professional career, he used to play college baseball at Georgia Tech.Teixeira made his Broadway debut in a one-night cameo in the jukebox musical "Rock of Ages" in 2013. Teixeira is a three-time All-Star, has won five Gold Glove Awards and three Silver Slugger Awards.

Mark's most productive season for the Yankees was in 2009 in which he was on the team that won the World Series over the Philadelphia Phillies. In 2016, he finished the game 0 for 3 and left the game in the 7th inning as the Yankees lost 2-5 to the Orioles. Mark Teixeira got married to the Leigh Williams on 7 December 2002.The couple has been blessed with three children named, Jack Gordan Teixeira, William Charles Teixeira. and daughter Addison Leigh Teixeira.

the second children of mark and Leigh is addison

William Charles Teixeira has one brother and one sister.