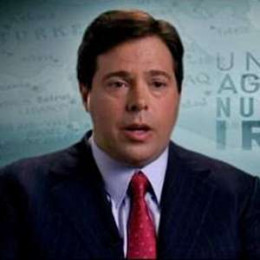 Mark D. Wallace is an American businessman, who is the current CEO of United Against Nuclear Iran (UANI) and the Counter Extremism Project. He was a former diplomat and lawyer, who has worked in a number of governments, private and political sector. Wallace played an important role for Governor George W. Bush's legal team and has held different position during his presidency.

Nicolle Wallace married Nicolle Wallace, a New York best-selling author, chief political analyst for MSNBC and political commentator for NBC News. His wife has also served the President George W. Bush’s as its communications director and senior advisor to Senator John McCain’s 2008 presidential bid. The couple has one son named Liam Wallace, born in 2012. There is no record of his past relationship, girlfriend, dating or affair.

Nicolle Wallace is his wife; she is an American author, political commentator for NBC News, and chief political analyst for MSNBC.

The couple has a son named Liam Wallace who was born in 2012.