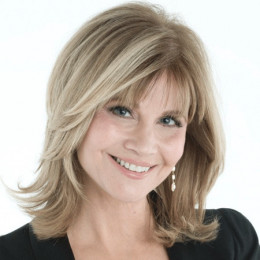 An American actress who is better known for her role as prosecutor Christine Sullivan on Night Court and as Terri Michaels in The Fall Guy. She is a daughter of Marylee Post, a poet and scientist Richard F. Post. She holds degree in Bachelor of Arts from Lewis & Clark. She started her career as production crew member of the Tom Kennedy version of "Split Second". She also worked as associate producer of Alex Trebek's "Double Dare". She started her acting career in acting by starring in an episode of Simon and Simon. From 1985 to 1992 she starred in the role of public defender named Christine Sullivan on the NBC sitcom Night Court.

Markie Post was born Marjorie Armstrong Post on November 4, 1950, in  Palo Alto, California, US. She is the middle child of Richard F. Post, a scientist and Marylee Post, a poet. She was raised along with her two siblings in Stanford and Walnut Creek.

Post attended Las Lomas High School where she was a cheerleader. Then she went to Lewis & Clark College in Oregon and briefly she joined Pomona College before returning to earn bachelor degree from Lewis & Clark.

Markie Post started her professional career in 1978, she worked on several game shows. Then she worked with the production crew of the Tom Kennedy version of Split Second. She also served as associate producer on American television game show, Double Dare.

Post appeared in several TV series such as Simon & Simon, The A-Team, The Love Boat, Buck Rogers in the 25th Century, Cheers, The Fall Guy and many more.

Some of her screen credit includes, There's Something About Mary, Tricks of the Trade, Visitors in the Night, Cook-Off!, Night Court cast. She also lends her voice on the computer-animated robot superhero TV series, Transformers: Prime.

Markie Post is happily married to actor and writer, Michael A. Ross. The duo exchanged a vow on February 7, 1982, at an intimate ceremony in the presence of their closed ones and family members.

The duo is proud parents of two daughters, Katie Ross (born on June 16, 1987) and Daisy Ross (born on March 30, 1990). Currently, Post is living a blissful married life with her family in Los Angeles.

Prior marrying Ross, Post was in a marital relationship with Stephen Knox. However, the couple failed to handle their married life and divorced after a year in 1972. She also linked up Bill Clinton and Mark Dawson.

She mentioned that she was totally devastated by Harry Anderson's death. The American actor was found dead at age 65 in his home in North Carolina on 16th April 2018.

Markie Post has an estimated net worth is $12 million. She earned a million from her appearance in movies and TV series. In 1988, she was a part of the blockbuster romantic comedy film, There's Something About Mary which earned $369.9 million at the box office.

He was her high school sweetheart. First time they met each other at at Lewis and Clark College. Reason behind their divorce is still unknown.

Second Marriage with Michael A. Ross

Professionally, he is an actor and writer. Together the couple is the parents of two beautiful daughter. They are leading very happy married life.

She is the eldest daughter of the family. She is very beautiful and gorgeous like her mother.

She is the youngest daughter of the family. She is very adorable. She was born in march.