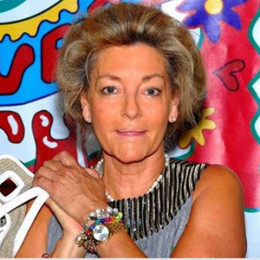 Marlene Knaus, was once known to be the wife of former Austrian Formula One driver, Niki Lauda. She was in the limelight when her former husband was the F1 world champion in 1975, 1977 and 1984. Being associated with such a high-profile sport celebrity, she was knwon be the high-fahsion "it girl". She is known to have been a model in the past. And after the divorce she lives in his house in Ibiza.

It has been known that Niki Lauda was in a eight-year-long relationship when he fell in love with his former wife Marlene. It is known that Niki dumped his girlfriend to spend his life with Marlene. The duo went through a divorce in 1991, after 15 years of marriage. While Marlene wasn't involved in any marriage or relationships after her divorce, now Lauda already has a son with a woman he had an extra-marital affair with. Today the former couple are still in good contact with one another.

Marlene married her former husband from Vienna, Austria in 1976 and went through divorce in the year 1991.