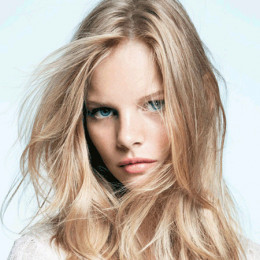 A Dutch model who has already graced the covers of Velvet, Ponytail, Italian Flair, French Elle, Italian D, Italian Grazia, Australian Vogue and French Revue de Modes. She started her career by signing with IMG Paris. She was photographed by popular photographer Valerie Phillipa for British Elle. In june 2007 she was featured as the model of the week by Models.com. In 2008 she debuted on the catwalks of Milan for Prada. She has been featured in popular magazines like Vogue Russia , L'Officiel and Velvet. She was also featured as the face of Pirelli calendar in 2010. Currently she is ambassador for Maybelline.

Talking about her personal life she has not married yet. Currently she is in relationship with her boyfriend who is English actor and model. Together they seem to be very happy with each other. Till now no complications has arise in their relationship so we can assume they are not going to breakup with each other. She has not been a biological mother yet.