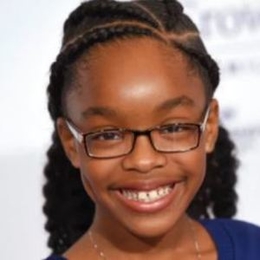 Marsai Martin is a teen American actress who is currently best known for her role as the lead actor in Black-ish and comedy-drama, Little where she also served as executive producer.

Actress Marsai Martin who originally hails from Plano, Texas is best known for her roles in Black-ish and Little. The daughter of Joshua Martin and Carol Martin only moved to California with her whole family in 2013. Her parents were all in to support Marsai's dream. 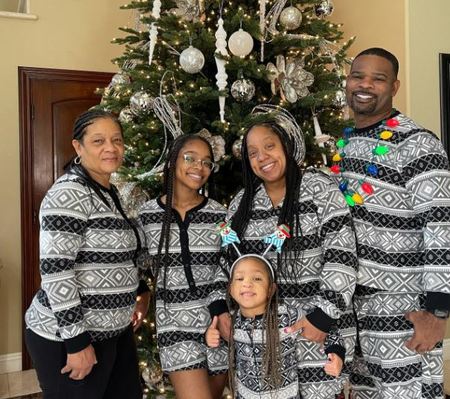 But, because of Marsai's busy career, Joshua and Carol decided to homeschool her. In addition to her parents, Marsai is also a big sister to her little sister named Cydni Martin.

Other than that, Martin is currently single and has not been involved in any rumors surrounding a romantic relationship. Needless to say, Marsai is only about one thing and it's her Hollywood dream.

Marsai Martin has been acting since she was a toddler. And, after her supportive parents sent her pictures to different talent agencies, she was instantly selected for a commercial. But, Marsai's parents knew their girl's potential and that she could achieve more which is why they moved to California. 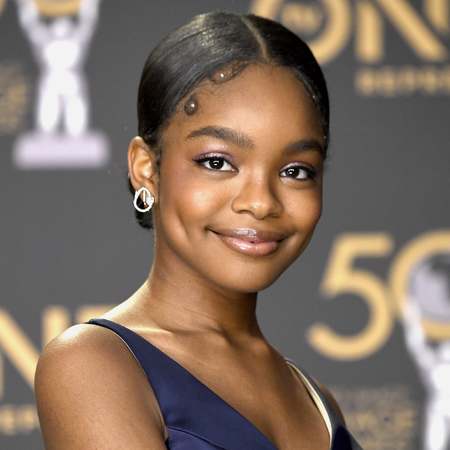 Not long after their early struggle in the city of Hollywood, Marsai then landed on the lead role of Diane Johnson on ABC's family drama - black•ish, when she was only ten years old.

Likewise, Martin who bags a net worth of no less than $200,000 also appeared on Goldie & Bear, The Mr. Peabody & Sherman Show, Elena of Avalor, Vampirina, DreamWorks Dragons: Rescue Riders, Nina, Spirit Untamed, Little co-starring Regina Hall & JD McCrary and PAW Patrol: The Movie among others. Martin is also one of the casts on Amari And The Night Brothers which is based on a book by B. B. Alston that was publihsed in early 2021.

Not to mention, Martin has also already begun a family business venture with Genius Entertainment where she serves as the CEO, while her father and mother serve the position of President and Vice President. Beside, in 2022, the actress also launched Mari by Martin, a nail brand. Martin who wanted to get into the cosmetic business decided to get into the nail business as she thought everyone was already into the makeup section. Mari by Martin set their product price at the range of $20 - $22.