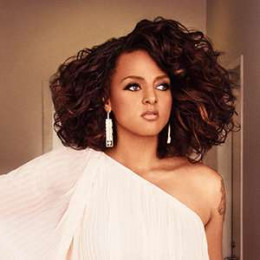 Marsha Ambrosius is an English singer and songwriter. She is the daughter of British army, Paul Ambrosius and a mother who was a beautician. Marsha was inspired by her family and was the student of music and arts. She went to BRIT School for Performing Arts and Technology and then went to Middlesex University in London and later transferred to North London University.

Marsha Ambrosius started her musical career as a member of “Floetry”. In 2011, she released her debut solo album “Late Nights & Early Morning”. Then she released her second album “Friends & Lovers” in 2014. There were rumors about her being a lesbian as she was seen with her fellow singer Natalie Stewart frequently. But they denied it. She has not revealed anything about her relationships.