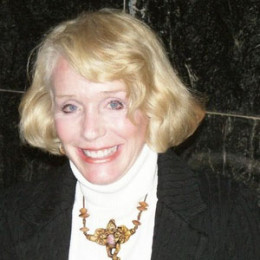 Marsha Callahan is one of the six women who came forward with allegations of sexual assault against the late FOX News CEO Roger Ailes. The women came forward after former FOX News anchor Gretchen Carlson filed a lawsuit against Ailes flaming that she was fired after refusing his sexual advances. Callahan was a model in the late 1960s when Marsha claims Roger told her that he could get a spot for her on The Mike Douglas Show if she slept with him.

Marsha is one of the victims of sexual assault by late FOX News CEO Roger Ailes. She came forward with the allegation after former Fox News host accused Roger of sexual harassment.

Callahan was a model in the late 1960s, and at the time Ailes was the producer of The Mike Douglas Show. Ailes told her that he could get a spot for her on The Mike Douglas Show if she spent a night with him. Callahan told her story to New York Magazine writer Gabriel Sherman, the same writer who penned The Loudest Voice In The Room, an unauthorized biography of Ailes.

Marsha is one of the two women who bravely told their story to the world. The other women did not want it to speak on the record for reason of shame and humiliation.

Callahan didn't even tell her husband about the incident which she revealed to Sherman. Marsha said,"I didn't tell my husband, it was so mortifying."

She further stated that Ailes called her and told her to come in garter belt and stockings for the interview. When Marsha got there, Roger told her to lift her skirt and made her do different poses.

Marsha added that Roger told her to go to bed with him and then she will get selected for the show. When she questioned him Roger answered,'Oh, pretty girls like you are a dime a dozen.'

Now Callahan is probably a married woman and seems to be living a happy life with her husband. However, she has not revealed anything about her present marital relationship to the media.