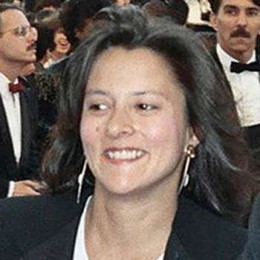 Marsha Lynn Garces is a film producer and philanthropist, best known for her work on Mrs. Doubtfire, Patch Adams and Dead Poets Society. For producing Robin Williams: Live on Broadway, she earned a Primetime Emmy Award nomination in 2003. She has been involved philanthropically with organizations such as Doctors Without Borders and Seacology. She was born to father, Leon Garces of Filipino descent and mother, Ina Rachel Mattila of Finnish descent.

Her personal life is full of ups and downs. Till now she has been married three times but unfortunately none of her marital relations worked our so well resulting in divorce. She is currently single. Her first two marriages was kept a bit of private, while her third marriage was with a popular actor and comedian so there was a big buzz. From her third marriage, she has raised two children, a son and a daughter. She currently resides in San Francisco, California.

He is the first husband of Graces, whom she married in the year 1977. Detailed information about their divorce is yet unknown to the media.

He is the second husband of Graces, whom she married in the year 1982. Personal details about him has not been disclosed to the media yet.

An American actor and comedian, Williams is the third husband of Graces. The two were married from 1989 to 2010.

She is the only daughter born to Graces, who by profession is an actress.