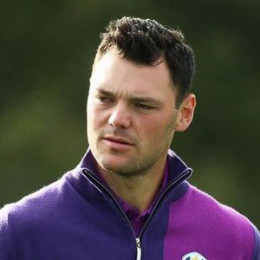 Martin Kaymer is a German golfer who won the 2010 PGA Championship as well as the 2014 Players Championship. He was named Sir Henry Cotton Rookie of the Year in 2007 and European Tour Golfer of the Year in 2010. He was born to parents Horst and Rina Kaymer, and grew up in Dusseldorf, Germany. Kaymer made his debut on the European Tour in 2007 at the UBS Hong Kong Open, but he failed to make the cut. In 2010, he became the first golfer since Tiger Woods in 2006 to win three consecutive tournaments in a single year.

Presently he is a bachelor. According to sources, he was previously in relationship with a beautiful women, Allison Micheletti. He dated her for two years, from the year 2010 to 2012. Besides that there is no any information regarding his personal affairs. He is decent and cheerful by his nature. He is popular among his fans and has never been part of any controversy or rumors.