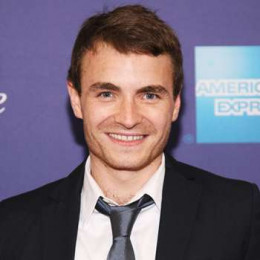 Martin McCann is an actor born to parents Anne McCann and her husband in Belfast. He is from Northern Ireland and has been known for his roles in several films like Bugsy Malone, The Crucible, Dry Your Eyes as well as My Boy Jack. His television credits include acting as Sergeant R.V. Burgin in The Pacific and as Terry George in Whole Lotta Sole.