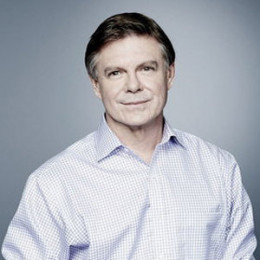 Edward R. Murrow and local Emmy Award-winning American television news correspondent, Martin Savidge earned a Bachelor's degree in Journalism from Ohio University in 1981. His early career in journalism included a stint at WCIA and prime time anchor for WMBD-TV in Peoria, Illinois. In September 1984, he joined WJW, where he won nine Emmy Awards. Savidge worked for NBC News and was a special correspondent and former anchor for public television's Worldfocus nightly news program.

He has been married to his longtime girlfriend Bliss Savidge. His work and profession are highly praised while his private life has remained low profile. There are no any details regarding his wife and her family background. However it has been known from the source that they are together since very long and have come a long way in their relationship. Apart from this relationship there are no any rumors of them with extra marital affairs.

Bliss Savidge, who has been in longtime relationship are bonded together by the knot of marriage since a long ago.