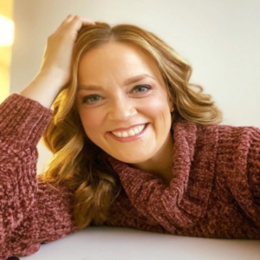 Mary DeAngelis is a warm and welcoming television show host for the popular shopping network QVC which expanded with network QVC2 and made DeAngelis more popular. Mary is the regular shopping host on the segment.

TV personality Mary DeAngelis is a married woman. She has been married to her beloved husband Danny DeAngelis since 2010. DeAngelis and her partner exchanged their wedding vows on 10 October 2010. As of now, they have successfully crossed eight years of marriage. 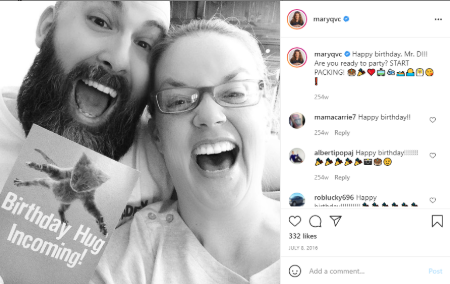 Mary DeAngelis celebrates her birthday together with her husband, Danny. SOURCE: Instagram

Currently, Mary does not have biological children of her own. However, she plays a mother figure role to Danny's children he shares with his ex-wife. What's more? Mary often calls Danny "Mr. D." in her posts on the QVC blog. She even mentions herself as a busy wife and devoted stepmom.

In 2016, Mary and her husband aka Mr.D went on a trip to Amelia Island. Amidst the trip, the lovebirds celebrated their birthday together at a Salt restaurant. Aside from her step-children, Mary also mothers a rescue cat named Jasper.

Mary DeAngelis is a Cancer Survivor

On 1 October 2020 Mary DeAngelis informed QVC that she will be away for a bit longer from her work. But, right before Christmas, DeAngelis' family found out she had thyroid cancer and also went through a surgical procedure.

Generally, Mary didn't share much about her personal and medical stuff. But, there's no denying that Mary is one strong woman. The QVC host, however, has been back to business and working, as of June 2021.

TV host Mary DeAngelis joined the QVC network in 2009. Since then, she has hosted and co-hosted several other shows. Mary is seen co-presenting with fellow QVC and good friend David Venable, particularly for the popular In the Kitchen cooking show. 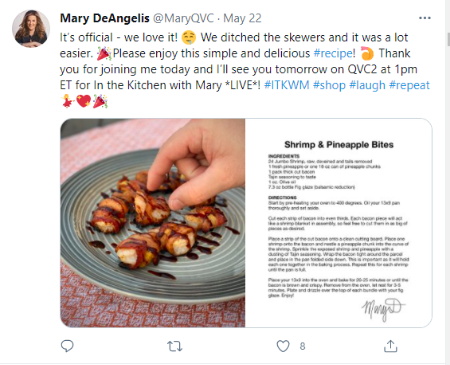 In May 2017, QVC relaunched its sister channel QVC Plus as an upgraded station called QVC2. And, viewers experienced twice the amount of live shows and multiple hours of the original QVC's top shows. Mary has also been a part of the segment.

Mary's work involves cooking simple recipes with kitchen gadgets, kitchen appliances, and food products on sale for QVC. Since 2020, Mary has been hosting In The Kitchen with Mary on QVC2. The show is the spin-off of the original format In the Kitchen which was presented by David Venable.

In June 2015, in her blog post, Mary also revealed it took her eight years to reveal her eating disorder. DeAngelis further noted that her stress-induced eating disorder followed her into adulthood.

But, one day, Mary had an epiphany of a sort and thought to turn her life around and indeed turned it around. However, she didn't undergo a weight loss surgery and fully claims it was a natural weight loss transformation.

Be sure to check out MarriedWiki for more biographies and articles.

Mary DeAngelis is happily married to Danny DeAngelis. The QVC show host doesn't have any children of her own.