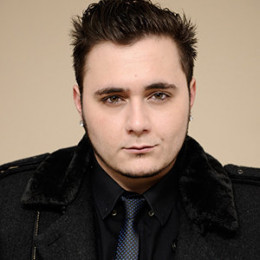 Mason Musso is known as a part of the band Metro Station in which he works along with Trace Cyrus. He appears as a vocalist, guitarist, and songwriter for Metro Station.

Mason Musso is possibly single and out of the dating rumors as of now. But previously, he linked up with several ladies from the entertainment industry. Unlike other artists, Musso prefers to keep his personal life away from the limelight and he merely talked about it on media.

Mason Musso was born on March 17, 1989, in Garland, Texas, the U.S. to Katherine (née Moore) and Samuel Musso. He is a descendant of Italian origins. Soon, his family moved to Texas and he was raised with his brother; Mitchel and Marc, who are both actors.

Musso started his career in the music industry after he met Trace Cyrus, the elder brother of actress and musician Miley Cyrus. They two formed the band "Metro Station" and released the first album in 2008. The band later broke down in 2010 when Mason and Tracy had disputes. Even after Tracy had left the band, Musso kept on working on the band and released tracks in the name of Metro Station.

Later in 2014, Tracy returned to the band and the band was reformed. On June 2015, they released an album, "Saviour". The band is famous for the variety in genre, such as Synthpop, scene pop, electronic rock, dance-punk, pop-rock, pop, dance-pop. They have been touring across the United States with several other bands.