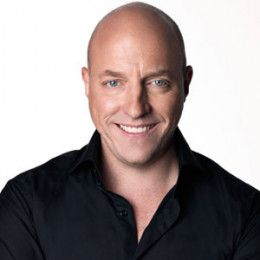 Matt Barrie is a popular Australian technology entrepreneur. He is the chief executive officer of an online outsourcing marketplace, Freelancer.com. Barrie is a single man. There is no factual information regarding his love affairs or any kind of relationship till the date.

After completing his high school education, Barrie graduated from Stanford University with master’s degree in electrical engineering. He also earned a degree in Master of Applied Finance from Macquarie University as well as a diploma in applied fiancé from FINSIA. The process of gaining more and more knowledge never stopped and he enrolled at EPGC and Stanford Graduate School of Business. In 2012 he graduated from Singularity University’s Executive Program.

Barrie then became a Chief executive of a network security company, Sensory Networks followed by the Chief executive officer of Freelancer.com, a global online outsourcing marketplace.  The Freelancer.com Company has won awards like 15th and 16th Annual Webby Awards for employment and the People’s Voice for Employment. He served as a frequent speaker on the topics of technology and entrepreneurship. In 2011 he became one of the 19th featured 600 speakers at SXSW.

Besides being a technology entrepreneur Barrie is also an adjunct associate professor at the University of Sydney teaching a course of computer and technology venture. He joined the work in the year 2001.

Matt gained many achievements throughout his career. For the contribution of IT&T industry, he won The New South Wales Pearcey Award in 2006. He also conquered the Alum of the Year Award in 2010 from the University of Sydney for the Faculty of Engineering and IT in 2010. Likewise, he has won several awards and been listed in several magazines as a most influential person in technology.

Matt is not a frank person when it comes to his personal life. There is not even single a rumour of him being involved in any kind of love affairs. He is more concerned about his career life hence giving his full attention to it. As for now, he is enjoying his single life.

Being the Chief Executive Officer and Chairman of the topmost company Freelancer, Barrie earns a huge amount as his salary. He holds the staggering net worth of $200 million which makes one of the richest entrepreneurs. He certainly lives a luxurious life through the amount he made.