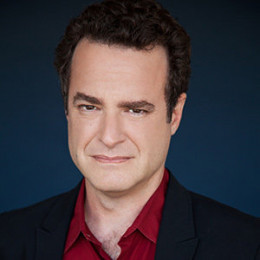 Matt Besser was born in Little Rock, Arkansas and is known as an American comedian and an actor. He was raised with his parents Diane and Sandy Besser and is of German and French origin from his mother. His mother was a Christian and father was a Jewish. Matt was good in soccer during his high school days. After high school, he joined Amherst College for American studies. Matt started doing stand-up comedy after his college and then took classes in iO theater afterwards.

Matt Besser is the founder member of UCB (Upright Citizens Brigade) comedy group which gained a lot of fame from the channel Comedy Central. He has written and directed his own film Freak Dance and has worked in making podcasts as well. Matt is mostly known for the shows This Show Will Get You High, MySpace Tom and Junebug. He has been married to Danielle Schneider since 2008.

Danielle Schneider is an American writer, comedian, and an actress as well. She has worked in The Hotwives and Hulu reality TV show. They seem to be happily married.

There is no information about Sidney on the internet. Sidney seemed to be a cute kid in some recent photos.