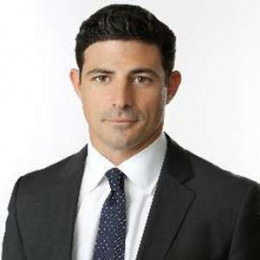 Matt Gutman is a popular TV reporter, best-known for serving ABC News as a reporter and host of various ABC's shows. Gutman was born to Paul J. Gutman and Sharon Gutman and has one elder sister named Rachel Gutman. He is currently hosting the ABC's wildlife program Sea Rescue. He is famous for hosting a various television program, including Nightline and Good Morning America. After earning his bachelor's degree from Williams College, he initially worked as a Jerusalem-based broadcast journalist and later as a Miami-based ABC radio correspondent. Gutman was one of the personnel of ABC to be honored for covering the African-American teenager Trayvon Martin, who was shot dead.

Matt Gutman is a married man but never revealed his wife's identity, as a result rumors exist that his sexual orientation is gay but the rumor is unfound and baseless. Despite the attention from media and his fans, he manage to keep his private thingy away from them. However, the couples are blessed with a son and a daughter.