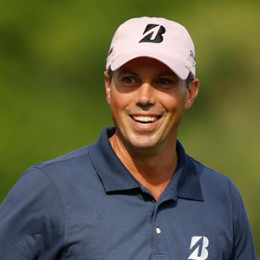 Matt Kuchar is an American professional golfer, born in Winter Park Florida to a Ukranian family, who plays on the PGA Tour and formally represents for National tour. Matt completed his high school studies from Seminole High School and went to Georgia Tech, Atlanta where he was in the Yellow Jackets' golf team. He began his professional career in November 2000 after working as for a financial services firm.

Matt Kucher won U.S Amateur championship in 1996 and Haskins Award in 1998. He also won PGA tour in 2009, Vardon Trophy, Byron Nelson Award in 2010. Matt also won WGC-Accenture Match Play Championship 2013. He is the seven times champion of the PGA Tour. Matt Kuchar is married to Sybi Kuchar, a tennis player, and has two children together with her, both of them sons.

Sybi Kucher is a great tennis player and wife of Matt Kuchar. They have two sons together.

Cameron is the first son of Matt. He looks cute with blonde hair in the pictures found on internet.

Carson is the second son of Matt and Sybie. There is not much information available about him.