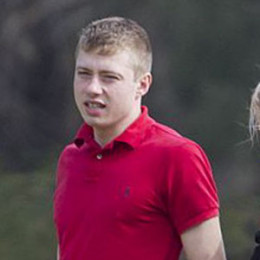 The early life of Matthew Gilmour

Matthew Gilmour was born in 1996, to his Scottish parents, Stewart and Kay, who were both music teachers in a school. Gilmour also has a brother and three sisters, Kyle (11 years), Chloe(18 years), Bethany(20 years), and Ashlea(23 years).

He grew up in a Christian family, members of the Church of Jesus Christ of Latter-day Saints on Aberdeen' s North Anderson Drive.

In July 2008, Gilmour's father died at the age of forty-eight due to cancer. His father was deputy headteacher at Aberdeen's St Machar Academy. Mr. Stewart came to know about the disease just a few weeks before he died when he started facing problems from a sore back, leading him to take leave from work for several weeks.

His mother Kay is currently fifty years old, and is working as the head of music at St Machar Academy, she also contributes to raising fund for CLAN Cancer Support.

Matthew Gilmour became a known face after his marriage to an American activist Elizabeth Smart who has contributed a lot to child kidnapping and sexual crime.

He first met Smart in Paris, while they were on a Mormon mission trip. During that time she was impressed by Gilmour; however, he didn't recognize her as the kidnapped victim from the headlines. He said in an interview,

''The thing that attracted to me the most to her- at the beginning and now- is how confident she is, especially consedering everything she has been through.''

In early 2012, Gilmour popped the question with a sapphire engagement ring, on a hillside nearby her home.
As he recalled,

''I just said very simply, Elizabeth Ann Smart, will you marry me?' and then I wasn't nervous.''

Later in Feb 2012, Gilmour and Smart married in a secret ceremony on the north shore Oahu Hawaii. Since their marriage the couple is living a happy life and shares a child together, a daughter Chloe Gilmour( born Feb 2015).

Matthew might have a good amount of net worth as it has not been disclosed yet. Whereas, his wife Elizabeth earns a decent amount of money as an American activist and contributor for ABC News.

Currently, Elizabeth's net worth is estimated to be $1.7 million.

The couple got married in a secret ceremony, in North Shore Oahu Hawaii. Few people attended their marriage ceremony including their family members and friends.

She was born to Matthew and Elizabeth. Chloe is the only child of the couple.