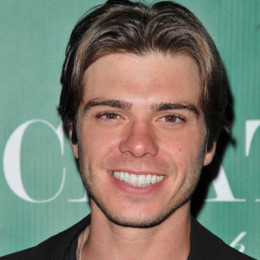 Matthew William Lawrence is an American actor. He is best known for his role in ABC sitcom Boy Meets World, Brotherly Love and his leading role in films The Hot Chick, Cheats and Mrs. Doubtfire. His father Joseph Lawrence is an insurance broker and his mother Donna Lynn is a personnel manager. He had attended University of Southern California. He had begun his career since 1984 as a child actor.

He is not married yet nor has any child. He once was engaged to an American actress. But due to some reason, they got separated. Currently, he is dating an Australian musician and actress. Since past two years, the couple is dating each other. But prior to her, he had dated some of the actresses. When he was at his friend’s band he used to play guitar.

Matthew William Lawrence was born on February 11, 1980, in  Abington Township, Pennsylvania. He is the son of Donna Lynn (née Shaw), a personnel manager, and Joseph Lawrence, Sr., an insurance broker.

William was raised along with his two brothers; Joey and Andrew and both of them are actors. His family's surname was changed to Lawrence from Mignogna before he was born. He is of half Italian descent

Lawrence began his acting career in the mid-1990s in Dynasty. He continued as a child actor through the early 1990s, appearing in many television and feature film roles. He acts in various movies and series such as; Superhuman Samurai Syber-Squad, Brotherly Love, The Hot Chick.

In 1986, Matthew made his singing debut at Macy's Thanksgiving Day Parade.  Other musical Matt rarities can be found on two Gimme A Break episodes, two Brotherly Love episodes,  and his last musical moment on Boy Meets World.

In 2011, Lawrence guest-starred on his brother's sitcom ABC Family's Melissa & Joey. In 2015, he reprised his role as Jack Hunter in the series Girl Meets The World, a spin-off/sequel to Boy Meets World.

Matthew is in a romantic relationship with Cheryl Burke. The duo started dating one another since July of 2017 and till now their relationship is going steadily.

Previously he engaged to Heidi Mueller but due to some personal differences, the couple breaks their two years relationship in 2006.

Lawrence has succeeded to maintain a net worth of $4 million from his acting career. Despite that, he charged a huge amount for his work on movies and series.