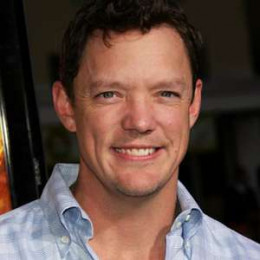 Matthew Lillard is an American actor, voice actor, director, and producer known for his roles as Stu Macher in Scream, Stevo in SLC Punk, Chip from Serial Mom, and the voice of Shaggy Rogers in the Scooby-Doo franchise. He is the son of Paula and Jeffrey Lillard. Lillard is part of a cadre of young actors who found success in popular teen films of the 1990s.

Matthew Lillard is happily married to his girlfriend turned wife, Heather Helm in 2000 and since then the couple is together. Moreover, they share three children. Currently, Lillard living a blissful married life with his wife and kids in Los Angeles.

Matthew Lillard holds a net worth of $1.5 million from his career as an actor and producer.

Matthew Lillard was born on January 24, 1970, in Lansing, Michigan, U.S. He is the son of Paula and Jeffrey Lillard. Lillard is part of a cadre of young actors who found success in popular teen films of the 1990s.

Lillard was the co-host of a short-lived TV show titled SK8-TV while still in high school. After high school, he was hired as an extra in Ghoulies 3: Ghoulies Go to College and then played in the black comedy Serial Mom in 1994.

He also participated in a Dungeons & Dragons tournament, against members of the Quest Club Gaming Organization, at the Magic Castle in Hollywood, California.

He has married to his girlfriend Heather Helm. They tied the knot in 2000 and have three children together. They are happily married and there are no any rumors in their marital status.

Born on June 13, 2002 she is the daughter of Heather and Matthew Lillard. She has also started her acting career.

He is the first son and the second child born to this family after the birth of Addison Grace Lillard.

He is the youngest of all child born to this parents since their marriage. All together the parents have three children and he is one of them.