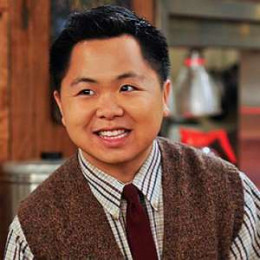 Matthew Moy is a Chinese-American actor and artist. His father was a high school teacher and his mother was a language therapist. Matthew attended the University of California and after finishing his bachelor, he began working in several television programs including "How I Met Your Mother" and "Good Luck Charlie". He is often known for his different looks with a cute face and short height.

Matthew Moy has also been a part of independent film, “The Grover Complex”. He gave the guest appearance on “Big Time Rush”. Currently, he is a co-star as Han Lee on the CBS sitcom "2 Broke Girls". Matthew is also known for his works in No Strings Attached (2011) and Steven Universe (2013). He is currently believed to be single and has not revealed anything about his personal life and relationships.