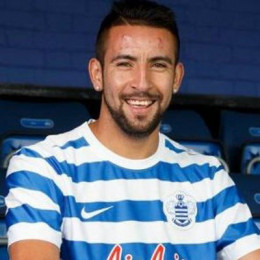 Mauricio Isla is a Chilean professional footballer, playing for Cagliari Calcio and the Chile national team. He is a hardworking and elegant player who plays as a defender and midfielder for his team using his unique tactics.

Mauricio began his career as a youth player in Universidad Catolica in 1999. He then appeared in 2007 FIFA U-20 World Cup held in Canada performing incredibly in the match.

After that Isla signed a five-year contract with Udinese. Later in late 2007, he made his professional debut in a match against Palermo held in Choppa Italia.

Mauricio played 127 games bagging six goals for the club. He usually played as a right-wing back for his team. He helped in registering the qualification to the 2011-12 UEFA Champions League play-off round.

Mauricio has represented his country Chile playing in the first team of Chile National Football Team. He played in 44 matches scoring two goals for the team.

In 2012, Isla transferred to Italian Serie A Club namely Juventus, one of the popular teams in Italy.  He has played 25 games for the team till date.

During his career journey, Isla has been injured several times while playing but he is still one of the energetic players actively playing his part as a defensive and offensive midfielder.

Mauricio is quite secretive regarding his personal life. He is not married yet and has not disclosed information about his affairs and relationship to the media yet. Hence it can be assumed that he is more focused on his career and living a single life.

The 29-year-old footballer Mauricio charges 1.4 million euro as his salary for his appearance per match. He also was paid €4 million as a transfer fee to Cagliari. He must certainly have a net worth in millions.