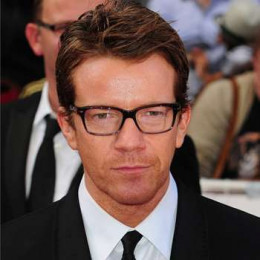 Maxton Gig Beesley, Jr, better known as 'Max Beesley', is an actor and musician, noted for playing the role of Charlie Edwards in the television drama Hotel Babylon. Till now he has appeared on several TV shows such as Survivors, Ordinary Lies, Bodies, an adaptation of The History of Tom Jones, a Foundling, London Ink and Mad Dogs. He was born to Chris Marlowe, a jazz singer and Maxton Beesley, Sr., a professional jazz drummer.

Accounting his personal life, he is a married man and a father of beautiful daughter. When it comes to his personal life information he has always been a bit of reluctant in this matter. Though it is known he is a married man but detailed information about his current relationship status with his wife is unknown. As he has got a dashing personality, he had dated a long list of ladies in his past days.

The gorgeous Jennifer is the one and only beloved wife of Max. The couple has raised a daughter from their marriage.

She is the only child of Max, whose date of birth has not been disclosed to the media yet.