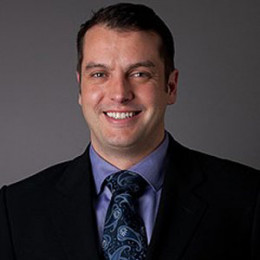 American sportscaster Max Bretos is a renowned American sports reporter. He is the voice for soccer on the ESPN networks and worked as a lead anchor for MLS Cup (since 2010) and appeared on ESPN's Euro 2012 coverage. Prior moving to ESPN, he also worked for Fox Soccer Channel/Fox Sports World for more than a decade.

Max Bretos was born in the year 1973 Ohio, United States of America. After playing for Santa Monica Rugby Club, he moved to the Judith Weston Acting Studio in Los Angeles, California.

In 1994, Max attended the Florida State University and received a degree in international relations. His parents were exiled from Cuba.

Bretos worked as a broadcaster for FOX Soccer Channel after graduation and served for a decade. At the time, he was the voice of the first English language, 24-hour international sports channel, Fox Soccer Channel

From 2003-2006, Max also worked for Sky Sports in the United Kingdom and the WWE Company in 2007 while he was on Fox. After getting huge knowledge regarding networking field, he moved to ESPN at the beginning of 2010 and worked as an anchor.

Max Bretos reached the age of 44. He was engaged in a controversy for on February 18, 2012. He used the term “chink in the armor” referring to Asian Jeremy Lin, a New York Knicks point guard, while on air as an ESPN news anchor.

"My wife is Asian, I would never intentionally say anything to disrespect her and that community,"

Additionally, American sportscaster Spero Dedes has also used that reference. Through the tweet, it was known that he is married and his wife is Asian. The details regarding his wife, however, is still a mystery.

A sports reporter at the least makes $41,000 on an average. Bretos is experienced in this field and currently represents a reputed brand, ESPN, so he probably draws a salary higher than that. Considering his salary Max probably has a net worth not less than seven digits.